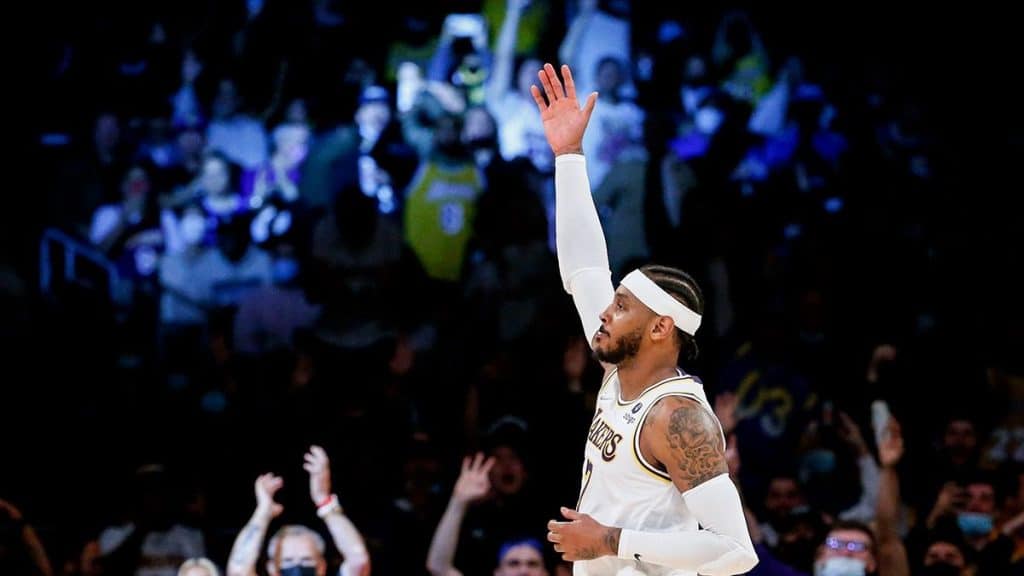 LOS ANGELES — Carmelo Anthony got the game ball after the Los Angeles Lakers’ first victory of the season.

Anthony had just scored a team-high 28 points, moving into ninth place on the NBA’s career scoring list, and was asked to make a speech. He said he was too tired.

There was plenty of drama in the final minute as Morant was fouled on a 3-point attempt by Kent Bazemore with 2.5 seconds left and Memphis trailing by three. Morant had a chance to tie the game, but missed the third and final free throw and the Lakers escaped with the win. The Lakers snapped a season-opening two-game losing streak. The Grizzlies lost for the first time after consecutive wins to open the season.

Morant shot 13 of 21 from the field and made a career-best five 3-pointers. He added 10 assists. By halftime, Morant had 17 points, including four 3-pointers.

”I really don’t care about what I’ve done tonight,” Morant said. ”I missed a free throw to tie it. That’s pretty much the only thing on my mind.”

Davis blocked a Morant layup attempt with 50 seconds left and that appeared to seal it for the Lakers. The teams exchanged free three throws, then Bazemore fouled Morant. But the Grizzlies failed to complete the comeback.

The Lakers played for the first time since Davis and Dwight Howard had a physical confrontation on the bench during the game against Phoenix. The pair proclaimed that disagreement was over by halftime.

In a scary moment for the Lakers, James fell to the court and held his right leg in some pain in the third quarter after Desmond Bane fell into his leg. James was looked at by trainers and was down for a brief time. He re-tied his shoes, popped back up, jumped up and down a few times and stayed in the game. About a minute later, he had a big block.

James was sitting on the bench next to the 37-year-old Anthony, his teammate and longtime friend, when a video tribute was played to honor his latest milestone and fans chanted ”Melo!”

”I think it’s always sweeter when you win and even more sweeter when it just happens organically,” James said of Anthony’s milestone. ”He was playing straight up flow and rhythm basketball. To move into ninth all-time on the scoring leaderboard is special. Usually, when some of my friends have these kind of achievements, I text them or call them or Facetime them and put something on social media. In this case, I got to do it in person because he’s my teammate now. I got to do it in person. That made it special for me.”

The Grizzlies led by as many as 10 points in the first quarter. The Lakers were dominating inside and used their height advantage to take a 62-56 halftime lead.